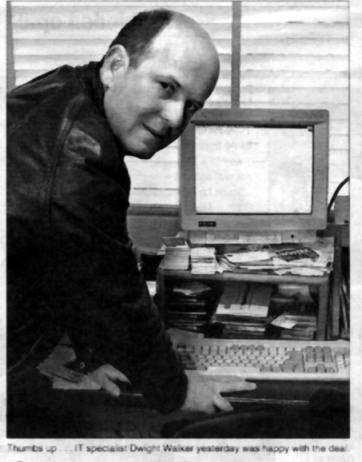 The 80/20 tax ruling had created a lot of confusion and concern in the small business community he said.

"In small business you don't have a lot of working capital and now money can be reinvested with greater confidence," Mr Walker said.

"When you have insecurities because of the tax system you cannot do that."

Working in the IT industry where long-term programming opportunities often appear, Mr Walker said it was important contractors were not classified as employees because the work eventually disappeared, leaving them unemployed for extended periods.

Mr Walker said the Government was better off targetting large corporations who rorted the system rather than individuals who worked in suburban or rural areas.